Over the last 15 years, the well water in Northern New Jersey has been getting steadily worse. In 2012, the Sierra Club released a study that tracked well water between 2002 and 2009. More than 12 percent of all wells in New Jersey, but particularly the north, have unsafe levels of many heavy metals and other toxic substances, including:

In January 2017, list of toxic substances found in New Jersey wells expanded to include ingredients that make up Teflon™, plastic food wrappers, and artificial textiles. Two of these chemicals are perfluoroctanesulfonic acid and perfluorooctanoic acid.

The worst problem with these two chemicals in particular is that they are unregulated, part of the loosening of New Jersey’s statewide regulations regarding such chemicals in the early days of the Christie administration. Since then, the corporate-driven Advisory Board to the Department of Environmental Protection, predictably, put profits before public safety with the loosening of these regulations. There is strong correlative evidence that both perfluoroctanesulfonic acid and perfluorooctanoic acid contribute to thyroid disease, elevated cholesterol, testicular and kidney and cancer, immune system deficiencies, and obesity.

Among other considerations, this evidence led the Environmental Protection Agency to issue a health advisory of no more than 70 ppm for these two chemicals. Because the chemicals are not currently regulated, however, this advisory is unenforceable, which means New Jersey residents are at the mercy of the marketplace when it comes to the safety of their water.

There are problems with other terrifying chemicals, many of which cause all kinds of cancer, in Ocean County. In Tom’s River, for example, the frequency of cancer over the last 40 years has led to the municipality being labeled a residential cancer cluster. The list of offending chemicals is long and includes:

All of these are known carcinogens and have been found in wells in both Tom’s River and the rest of the State of New Jersey. Well owners in New Jersey face more mundane contaminants too. For example, 80 percent of wells and other water delivery systems in the state have shown significant levels of lead in the past and present.

There is little that homeowners can do themselves to alleviate the poisoning, but a company of professionals whose focus is water filtration and purification can advise home and business owners on the best courses of action to protect themselves. Call Aqua Solutions today for more information on our well and water services!

Get a quick estimate 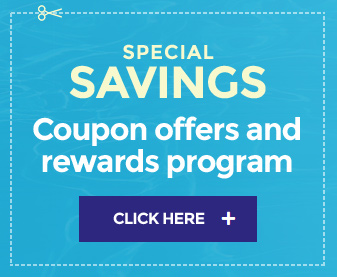